As soon as you enter the massive fortress a chilling breeze caresses your body, giving you goose pumps all over your limbs. It is a strange welcoming, but simultaneously a very appropriate one. The fort, which was built in 1908 and had the purpose of defending the Italian border, is not only very big, but also carries a lot of history in itself. After being used as a storage location for weapons and ammunition during the Second World War, the locals started to remove staircases, tiles and many other parts of the building and incorporated them into their own houses, leaving behind nothing but a raw concrete fossil. 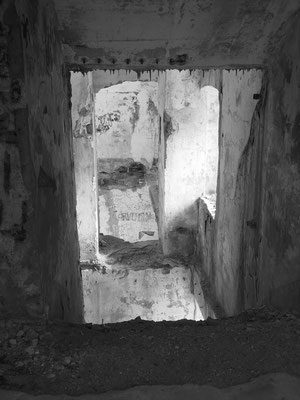 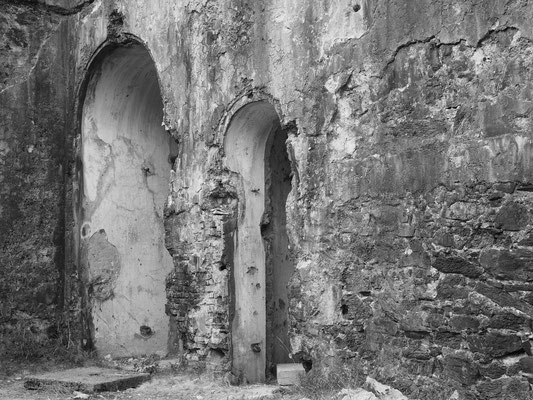 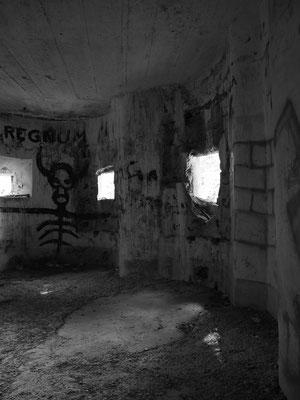 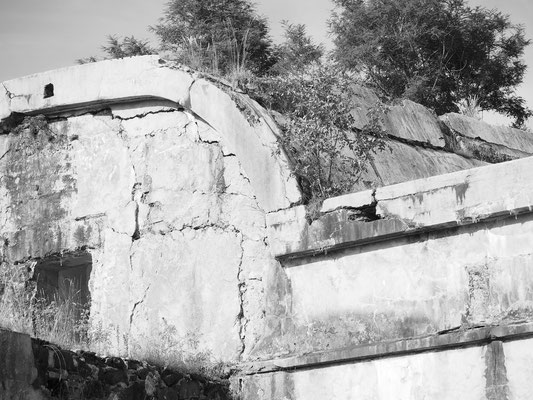 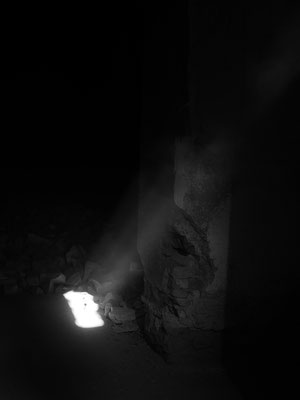 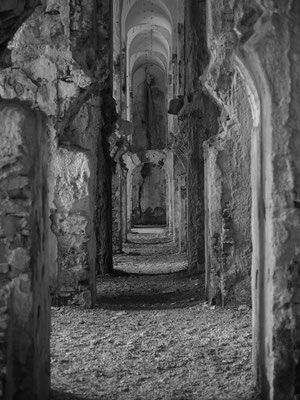 My grandmother’s birthplace is a typical house for a peasant village and in a certain way it reflects the personality of Treviso’s population. I want you to imagine my great-grandfather milking his cows in the stall. His hands are probably dirty from the hard work and his skin dry because of the mountainous climate. My greatgrandmother is sitting at the kitchen table, peeling potatoes and singing a song about god and nature. Their three kids are helping them preparing dinner or cleaning the courtyard and from time to time a relative enters the small kitchen, bringing along vegetables or stories. It was hard back then, but somehow unbelievably beautiful. 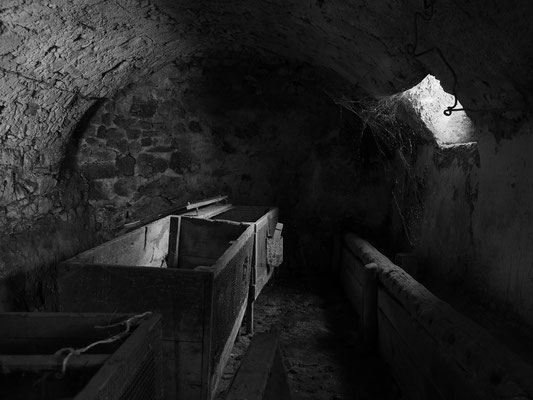 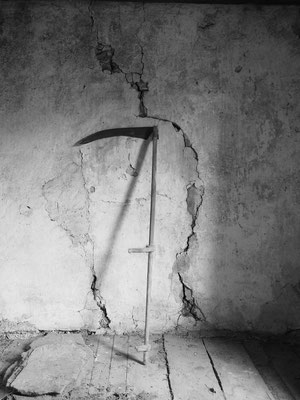 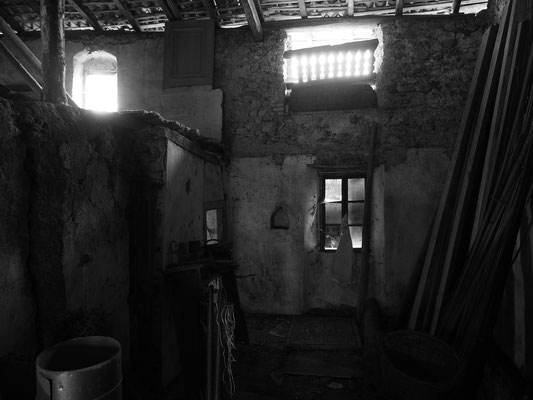 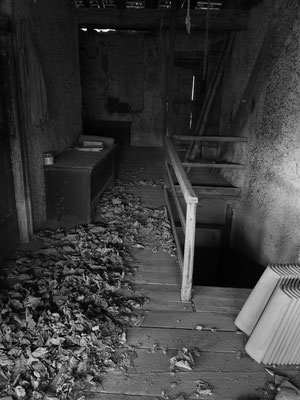 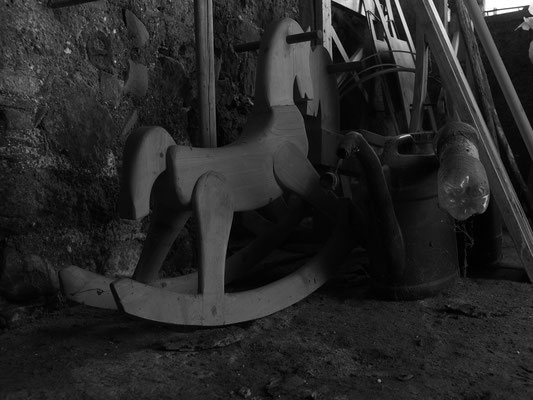 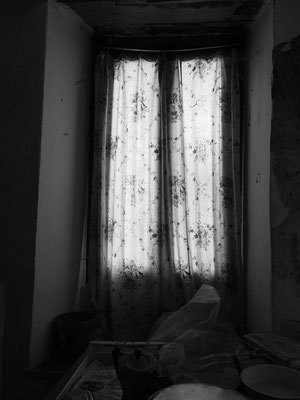 I have tried to learn more about the two factories, but since they both are now owned by Metalplast, a polish enterprise established in 1963 and I do not speak polish, I could not find out a lot. All I know is that Sirio used to produce door handles and Genesis stockings, but how they ended up becoming part of a research and development industry for building elements in Poland, is quite a mystery. I guess the strange loss of track is appropriate, considering both enterprises were located on the “Piazza delle streghe”, the witches’ square. 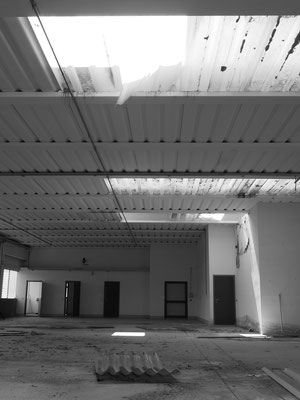 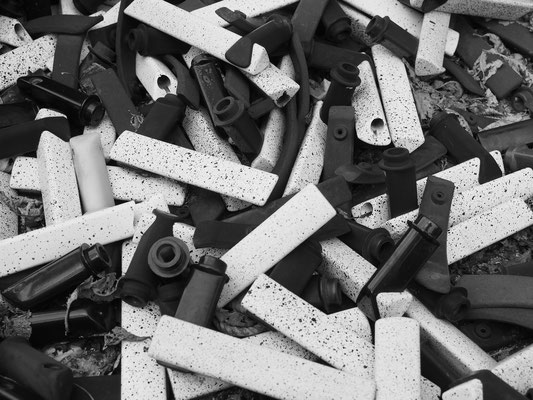 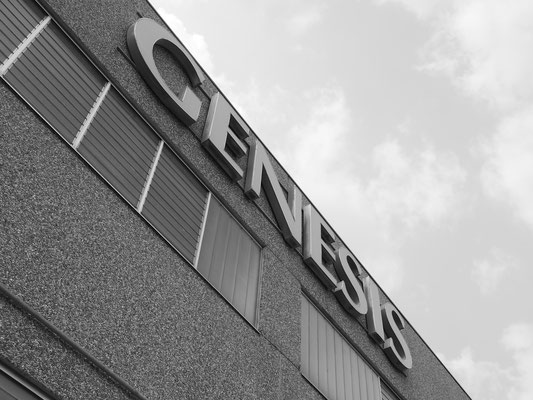 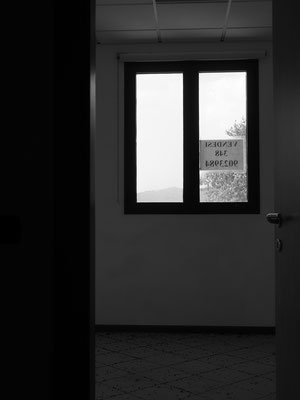 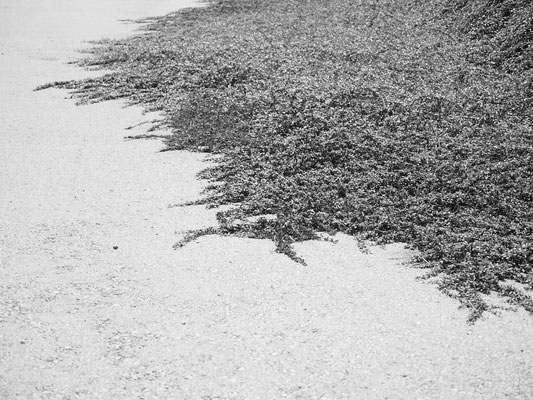 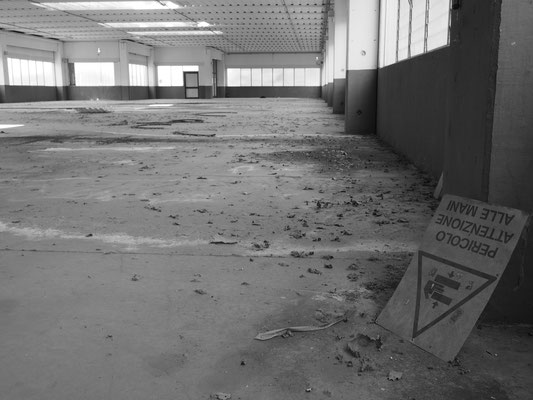 The orphanage, which had been conducted by nuns up until its closure in the 1990s, was home to a little girl called Lucilla. Of course she does no longer live on the large territory, including a sister’s house and a chapel, but many stories report present encounters of people hearing her sing and laugh in the almost endless corridors. They are probably just tales to keep strangers away, but we will never be completely sure. In fact I did always feel observed during my explorations of the orphanage. 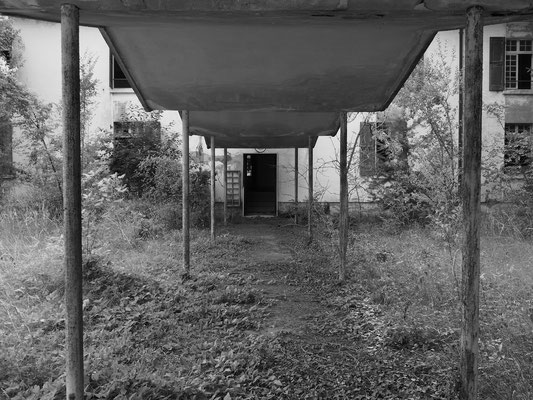 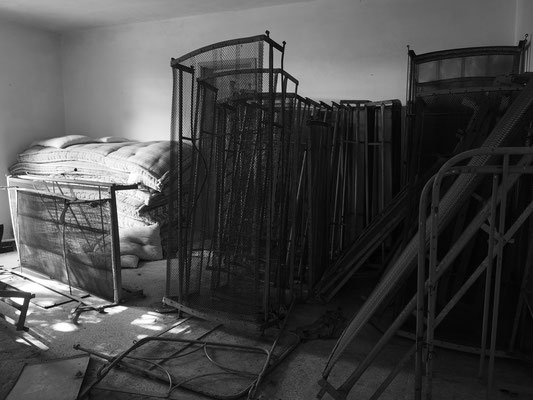 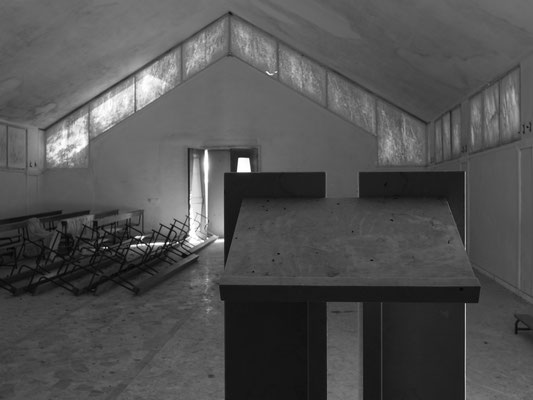 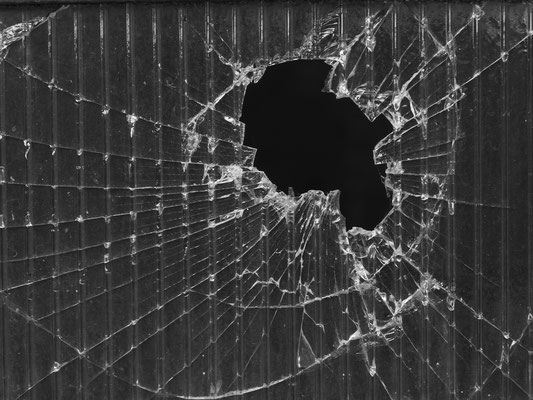 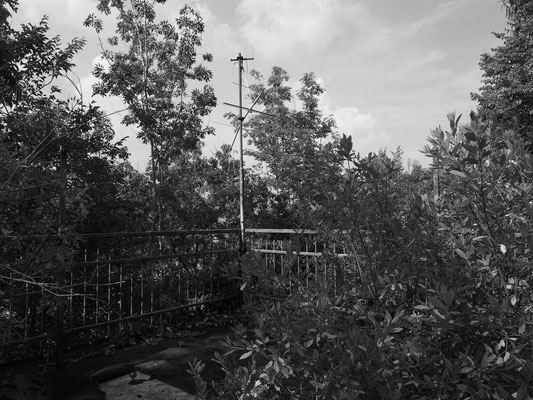 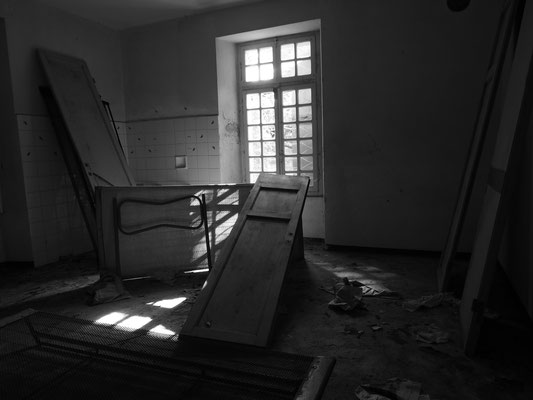 Initially part of the fort, this building became a children’s hospital in 1928, where tuberculosis diseased patients were treated with heliotherapy. The method uses the blue and ultraviolet sunbeams to stimulate the blood circulation and increase strength of the immune system. In fact most of the rooms have big windows, allowing a lot of light to enter the building and warm up the air. When walking through the dormitories, you feel as if everyone had just left for lunch and will be back soon. The mattresses are still in place, paintings are hanging on the walls and there are even some dried flowers beneath the altar in the little chapel. 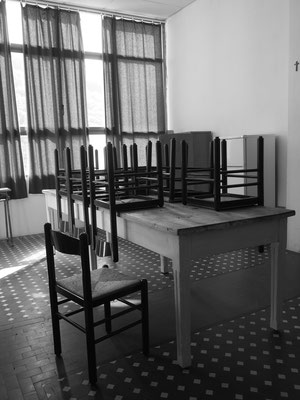 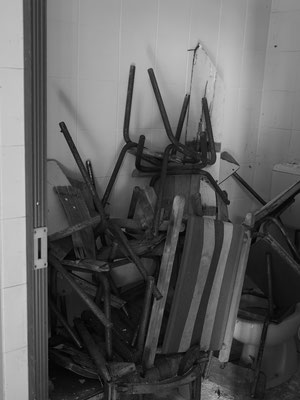 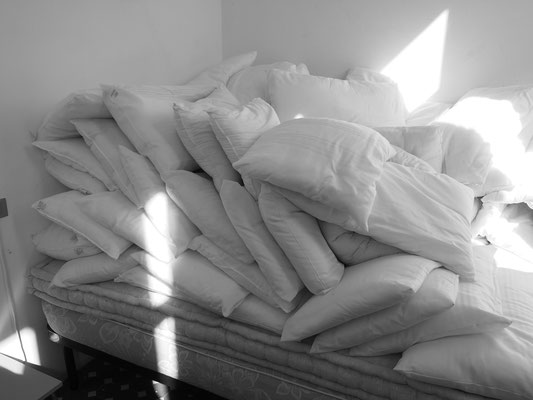 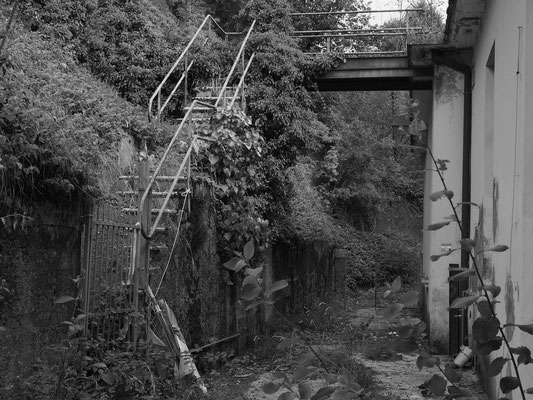 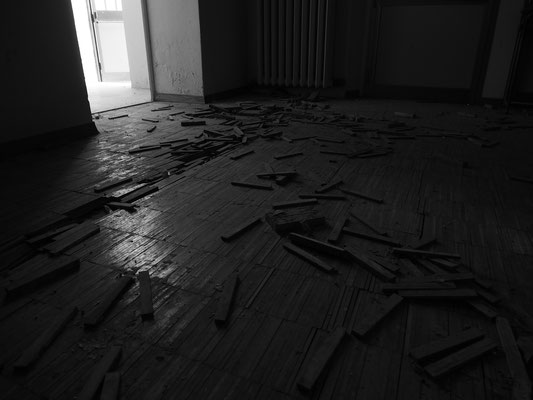